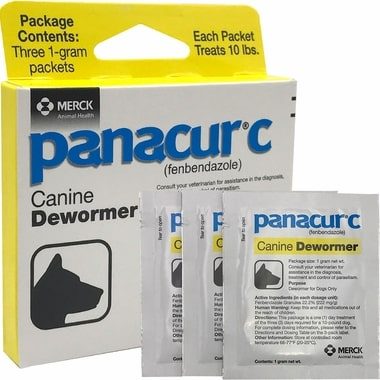 There is good evidence to suggest that a new supplement program could help dogs and cats beat aggressive cancers when other drugs have failed. The treatment uses the over-the-counter dewormer Fenbendazole and seems to be the most promising natural cancer treatment since vitamin C.

Research on Fenbendazole for Cancer

Several scientific papers have already reported on the positive results of Fenbendazole in combatting a form of brain cancer. Researchers identified a significant increase in neutrophils (white blood cells), which inhibits the growth of cancerous cells. At the same time, the treatment caused a suppression of protein, which results in oxygen starvation to the cancerous cells. This means the cells are unable to use oxygen and must turn to sugar for energy instead — again, resulting in cell death.

Some studies looked at the effects of Mebendazole rather than Fenbendazole. Both are benzimidazoles, used for the purpose of killing whipworms, roundworms, hookworms, and some types of tapeworms. The main difference is that Mebendazole is designed for humans, Fenbendazole for  animals. For cancer treatment, research suggests that Fenbendazole is the more effective of the two.

In addition, anecdotal evidence for users backs up the claims that the drug could be effective for a range of cancers.

The most well-known success story with Fenbendazole comes from cancer patient Joe Tippens. He was inspired by a scientist at Merck Animals who treated who brain cancer with the deworming drug. Tippens reports that he takes a dosage of 1-gram granules (containing 222 milligrams of Fenbendazole) for his small cell lung cancer. He takes the treatment for three consecutive days and then takes no drugs for four days.

Tippens follows this treatment protocol continuously and reports experiencing no side effects. He also reports that he knows more than 50 more people on the same treatment protocol. These patients have had success treating prostate, colon, colorectal, pancreatic, and non-small cell lung cancer. None of them have experienced any side effects either.

How to Take Fenbendazole

Fenbendazole is sold under several different brand names, one of which is Panacur C from Merck, which is a canine dewormer. It comes in the form of granules containing 22.2 percent Fenbendazole. In other words, each gram of the product has 222 milligrams of active ingredient.

Other forms of Fenbendazole that may be just as effective include a liquid form of the drug called Safe-Guard suspension. Other patients report using a type designed for tropical fish.

The Difference Between a Therapeutic and Maintenance Dose

At the start of any treatment, one must dose according to the severity of the issue. With this treatment, it is important to first use the Fenbendazole to remove the whipworms that are taxing the body. Use the dosage according to the manufacturer’s instructions on the back of the box. Then implement a maintenance dosage. We encourage doing one’s own research or speaking with your vet.

It is important to know that we are not vets and we do not sell Fenbendazole. This is an added bonus and suggestion to supplementation that works in synergy with Vitality Science’s Advanced Immune Restoration Gold Protocol

400 mg for dogs. Three days on, four days off to allow the liver to regenerate.

If the treatment leads to a response and causes tumors to shrink, you can continue with the treatment into the long term. The drug is completely safe for all dogs, with only minimal precautions needed for dogs with liver disease. In fact, even then the likelihood is that Fenbendazole is much safer than chemotherapy due to its much lower toxicity.

Cats should receive around 200 milligrams of the active ingredient. There is no need to be extremely accurate. In fact, a major study from 2000 found that even large doses lead to no adverse reactions.

Administer the treatment three days consecutively, followed by four days without treatment. Just like for dogs, if the protocol is successful, there is no reason to cease treatment.

If, for any reason, the above protocol is not possible for the patient, you can use a minimum treatment protocol instead. This involves administering the drug for three consecutive days, then waiting three weeks before taking the drug again for another three days. After this, wait three months before administering the treatment for a further three days.

However, if you are able to use the continuous protocol, this is the better option. In either case, after two or three months, check to see if the treatment has led to a response to decide if you will continue long term.

A Cause for Skepticism?

As with any new treatment, Fenbendazole for cancer has its share of skeptics. If Fenbendazole has such great potential, these skeptics ask, why is the drug not radically changing medical professionals’ approach to cancer? Skeptics also argue that the results of studies on live animals are too good to be true. They doubt that a simple dewormer could succeed when so many other solutions have failed.

There is one main answer to this cynicism: research is still in its early stages. Oncologists have not yet embraced the treatment because it is still unclear which types of cancers Fenbendazole is able to treat effectively.

Plus, it is not actually true that serious scientists are ignoring Fenbendazole. A paper was published in Nature — one of the most prestigious scientific journals — suggesting that Fenbendazole has the potential to be relevant in the treatment of many types of cancer.

Fenbendazole Plus Treatment from Vitality Science

At Vitality Science, we have dedicated decades to creating effective supplements to improve dogs’ and cats’ health, with a particular focus on immunity. We do this by arranging nutrients in synergistic blocks, which allows the different components to work together.

For the last 10 years, our focus has been on a supplement program called the Advanced Immune Protocol. Due to the all-natural ingredients, it is more gentle on the body than traditional solutions. As the supplement targets all the key factors responsible for immune system performance, it is also highly effective.

The latest research on Fenbendazole has led us to consider the deworming drug and take the immune support a step further.

How Our Fenbendazole Protocol Works

Our Fenbendazole treatment is called Advanced Immune Gold. In addition to the deworming drug, it uses all the building blocks of Advanced Immune Protocol. These are the following.

Essential fatty acids (EFAs) are found in super foods like tuna. We use the EFAs methionine and cysteine, both of which are sulfur-bearing amino acids.

The combination of methionine and cysteine is called the Budwig Protocol. It is named for Dr. Budwig, who used the protocol for more than 40 years in Germany and other countries in Europe to successfully treat immune-damaged patients. She reported that the two EFAs led to the charging of cells in the body, much like how you charge the cells in a battery.

Cells are only able to function due to mitochondria — it is the mitochondria that provides them with the energy they need. When mitochondria are functioning well, they are able to keep disease at bay. In contrast, when they start to become depleted, cancers are able to develop.

Scientists only know of one substance that can stimulate the production of fresh mitochondria: pyrroloquinoline quinone (PQQ). Another useful substance is Coenzyme Q (CoQ), which increases the energy levels of existing mitochondria.

The modified citrus pectin in Advanced Immune Gold is made from orange peels. This simple substance is hugely important: it stops cancerous cells from being able to stick together. This makes it easier for the animal’s immune system to rid the body of these cells.

A few more nutrients we use in Advanced Immune Protocol Gold to boost the immune system are:

Why Is Advanced Immune Gold Better Than Pharmaceutical Drugs?

The main advantage of Advanced Immune Gold is that it contains a wide variety of valuable nutrients. In addition, it is safer than pharmaceutical drugs. This is because the supplements are designed specifically to support the immune system. Best of all, the supplements are available at a low cost.

The dosage schedule for Advanced Immune Gold is different than for Fenbendazole products. Simply stick to the recommended dosage listed on the container. As this will be a new supplement for your pet, increase the dose in small increments.

It may be surprising that a dewormer could have such a significant effect on so many types of cancers. Although scientific research is in its early stages, the few studies that have been released are promising. Add this to the numerous success stories of people who have used the treatment on themselves and their pets and there is good reason to believe that Fenbendazole could be a viable solution for curing cancer.

At Vitality Science, we believe that it is worth pursuing the potential of Fenbendazole. If the drug has the power to make cancers disappear in humans, dogs, cats, and other animals, it is worthwhile combining it with other cancer treatments (like chemotherapy) to maximize the chances of success.

Almost all animals with a depressed immune system see fantastic results with the Advanced Immune Protocol. We are confident that by adding Fenbendazole to the mix to create Advanced Immune Gold, we can deliver even better results, including for pets with aggressive cancers.

236 thoughts on “Could Fenbendazole Treat Cancer in Dogs and Cats?”

Subscribe and stay updated with all the latest sales blogs and much more.
*Terms and conditions apply.

Powered by Convert Plus
Your Cart